The sparrows that sometimes came to stay before my window were singing. Outside of the window, the trees whose names I was unable to utter were shining under the sun. 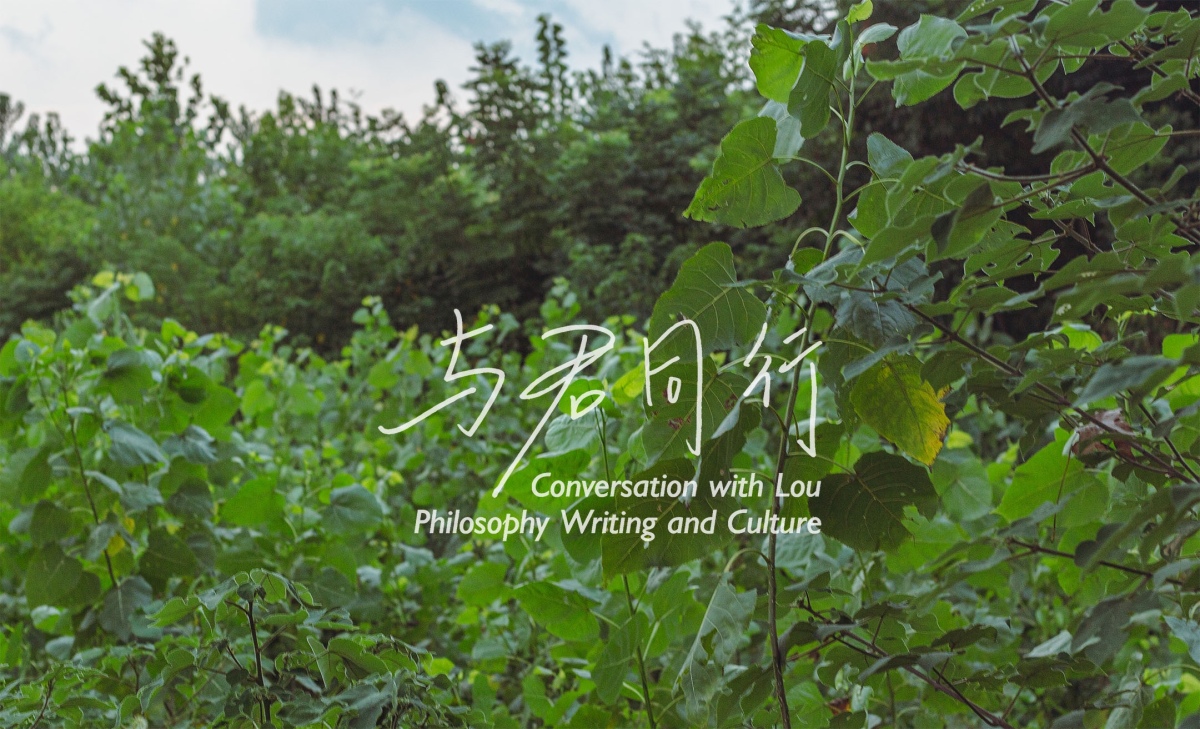 A year is a long time to leave any piece on a newspaper unlooked at, and the posts on the Wall Street Journal have been left without a glimpse even longer than that since its usage of a s-word to describe a country in Asia in an op-ed title. I say “unlooked at” instead of “unread” because to read things demands the involvement of one’s imagination while to look always includes the possibility of encountering something undesirable. Ineffably, the business of glancing at certain titles on news outlets got so difficult that the mere act of seeing might tremble my body if certain adjectives or nouns purposed specifically follow their owner’s lead. Yet, the sentiment and reaction I have had since may not be the case for others but I wondered where are those who pen words that way standing and to whom are they speaking?

I remembered, relying on my own memory, a very sense of unsettledness in the last Hubei version of spring when the days and nights of the city where I was staying had been quieter and emptier than ever, and when every word I had read on certain news websites ran contentious and unpredictably purposeful. I remembered seeing convenient stores and home-run business go closed then and streets emptied of vehicles. Do such happenings, I wondered, have an innate purpose or meaning? Things are always things that happened and kept happening. And the nature of happenings is their proneness to different interpretations good or bad, depending on the values one holds. Thus, judgments are never about the things themselves; contrarily, they are the evidence of a radical conceptualization that is usually self-reflective and distorts the defined, beheld, and judged involuntarily, which could hardly, if not never, reveal the true image of certain happenings.

It was such quiet a time and a place that the impression of a material nothingness was for the first time being that vividly felt. There is, certainly, nothing more devastating than witnessing the very ways of our existence being disrupted in certain eras like this which has been characterized by nationalistically motivated extreme rhetoric and ideologies that kept shadowing this material world. Unsettledness was not the word that would normally come often to my mind; actually, so rare that never once had it crossed my mind before my personal encounter with certain adjectives I saw or heard somewhere online a year ago or so. And since then, the search of spiritual tranquility has never been so urgent that the futileness of this endeavor is unfathomable as trying to walk through a pathless wasteland without any navigation. And it was since then that, from the impressions I got from certain news outlets online or so, the people in the country where I live, whose endurance in trying eras like this has for a long time gone unnoticed and whose stories untold, were being depicted purposefully, mostly to suit the narrative needs of the narrator. Stories are always the production of the storytellers, never the described’s. The hard truth may be this: the people that were invisible to certain media before have suddenly been depicted thickly because there is a usefulness being found in them. The usefulness of creating an exotic narrative that may grasp the attention of another group of people. And to most news medias, before this intense need to scrutinize the unseen, which is created by certain unprecedented occurrence, the existence of some people whose socioeconomic status deteriorates or seems relatively travail are almost always being deemed unworthy of covering, let alone present in a normal light. Of course, they did and do exist but for the cause of this invisibility, it’s, the outlets may well evidently argue, due to the nature of their existential powerlessness. And because of the widely spread assumption that to go on living is to expect anything to happen, indeed, anything, imaginable or not, it’s no surprise to see how radically unequal and distorting is the distribution of the power that decides whose stories could be told and whose not. Yet, it is the hard lessons that should have been lessoned early in order for us to maintain our composure. And we get to be prepared early for certain things, things that may get us if we didn’t get them first. But too often than not, certain things are not here to be readied. It’s perhaps because to ready things that seem hard to be foreseen risks us to appear thinking magical. So, when I learned the paper that used the s-word to describe the country where I live was clarifying that the word that was considered offensive by a group of people is actually very frequently used by various news outlets around the world, indirectly suggesting it was the hypersensitive reaction of certain group of readers, instead of the abusiveness the use of the word may cause, that is undefendable, being silent or not was certainly not an option, for having our lips moved is one thing but getting the voice run out of our lips heard is another.

“Nobody was minding us, so we minded ourselves.” Toni Morrison has written in the foreword of her book Sula, depicting the difficulties she had faced as a working woman then in the sixties with two children to take care of while at the same time continuing to write novels that were unencumbered of other people’s expectations.

For there are certain outlets whose very ways of depicting the reality have brought a lingering atmosphere of horrifying, I should stop looking lest I be overwhelmed.

We are travelers who travel around a world that we all share but fail short to understand. I knew it is hard, for there have already been so many physical barriers that estrange, divide, and isolate us, oceans, mountains, rivers, deserts and straits, just to name a few; and we are left with little wonders about the spiritual barriers that impede the completion of a common tower in our mental world. I used to have wondered the purpose of newspaper. Is it to inform or to influence the public, to make a difference out of the indifferent or to sensationalize the sensible. And anyone who believes that there would be an apparent distinction between the truth and the fact to be made would hardly find their relief in reading remarks that name-call any group of people; I also wondered that if what we read doesn’t matter, what would matter to us spiritually. No matter for what a purpose we are reading—be it getting informed, forming connections, finding spiritual relief, or knowing our world better—we are seldom interested in reading for misunderstanding, confusion, division etc. For there are certain outlets whose very ways of depicting the reality have brought a lingering atmosphere of horrifying, I should stop looking lest I be overwhelmed.

Asian is perhaps too powerless a word to be used as an identity marker for the people of Asia whose identity is usually reduced to certain abstract label and stereotypes that confuse the line between the us and the other and between the familiar and foreign. I wondered how come I call myself Asian or Chinese instead of Zhongguoren in the first place as the two are sensibly never the ones that we use to describe and define ourselves? Asia is from the initial naming of a place then called Asia Minor, which is not a place near where I’ve been living. Chinese, unlike the word Zhongguo, is not the word we utter in the language we use daily with our family members, friends, teachers, doctors, strangers, and persons who live here in Zhongguo, too.

When reading certain type of essays whose function, originally, should have been to inform with carefully checked materials but has now been way more confusing has turned into a tormenting process, I felt an urge to abandon it for good because, if this thing is left disregarded, there would certainly be a series of unquenchable surges of unsettledness and powerlessness that is to catch me, in the end of my day. I should think more of those who are compassionate, kind, regardful, and loving and who would not call our desire to a world, to which kindness, moral seriousness, altruism, and compassion are the passport, unrealistic.

It’s been about a year passed without feeling how warm the sunlight is. As I walk across the roads in one of serial cities to which I relate in Hubei province of Zhongguo(China), it occurs that not a moment has been passed without getting the impression that anything non-human makes more sense to me, from the houseplants I planted on the windowsill of my rented house to the birds that had come before the window to sing a while. I feel thrilled by these beings’ ability to look contented with so little materials they could get.

The sparrows that sometimes came to stay before my window were singing. Outside of the window, the trees whose names I was unable to utter were shining under the sun.

I crossed the road where taller trees with big boughs were dotted and lined sideways, sheltering walkers and bicycles passing by; not afar was the water of a lake waving and glistening in the sunlight as the clouds over us were spreading eastward or so.

‘twas so empty, yet so bright over the lake in the campus of my school. Other passersby beside the lake were watching sideways, picturing the gradual setting of the sun in an ordinary winter afternoon, the only sun we’ve had.

And it’s about time, perhaps, to go on walking for the spring is to come.

Philosophical Imagination of Art and Aesthetics

Traveling to Faraway Land, then, Farewell to It

Soul-searching Reflections on Culture, Resistance, and Our Voice

Walking Along the Way Our Sun Goes

Myself These Years in Retrospect, A Notetaking